What did the founder/CEO/Chairwoman do to help Hyflux through the years?

As stated in my previous post, Hyflux sold $400 million preference shares (N2H) in 2011 to unsophisticated retail investors whom among them are retirees who used their CPF or SRS.
After which,  Hyflux conducted a series of massive sharebuybacks starting in 2011 all the way to 2015 (except in 2013). 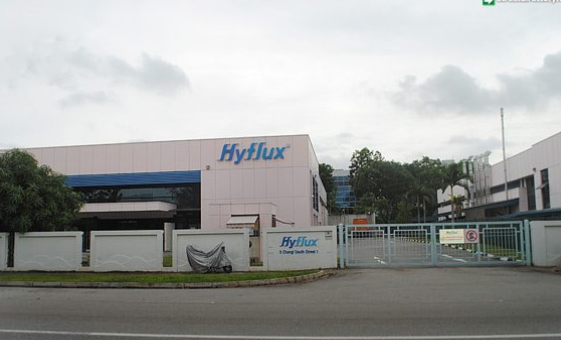 In 2016, sold another $500 million perpetual securities (BTWZ) to, again, retail investors. In total, a grand total of about $900 million in such securities. All this done within a capital intensive industry structure.

All information contained in this page is taken from the Annual Reports. These are publicly available.
Please verify them.

Lets look at the shareholding of the Founder/CEO/ Chairwoman throughout these years.

Throughout the years from 22 Mar 2012 to 14 March 2018, the number of shares of the Founder/CEO/ Chairwoman stayed the same. However, the percentage holdings of the company ( layman term: control of the company) increased from 31.53% to 34.05%. This is done simply by share buybacks, using Hyflux funds, which of course partially contributed by the preference shares and perpetual securities  retail investors.

Let us take a look at the compensation table.

Take note that the exact compensation given is unknown. Directors or senior management's compensation are given in bands. ( in blue)

At first glance, the bands seem to decrease over the years which follows the decline in Hyflux's share price. This looks reasonable.

However, do take note that the % of Employee Share Option decreased over the years from AR2012 to AR2017. While the % share of salary, bonus, fees , allowances and other benefits (in green) increases over the years as the share price drops .

Stop and think for a moment.

Would you want your compensation in employee share options or in cash if the company is not doing well?

In cash, i take it as the columns in green in the table above.
Namely, salary, bonus, fees, allowance and other benefits.

Look at the rows highlighted in red.

I am truly disgusted.

From AR2011 onwards ( Annual report 2011), it can be seen that without paying for any shares, the Founder/CEO/ Chairwoman was able to increase her control of the company without any increase in the absolute amount of shares. This is done through the use of Hyflux share buybacks from the open market.

Money, totaling $900 million was raised from retail shareholders before and after these series of share buybacks. It must be stated again that we are talking about a capital intensive industry, a company without a strong cashflow which needed $900 million to be raised from non-accrediated investors who count among her ranks, retirees and many others who used their CPF and SRS.

From AR2014 onwards, compensation in absolute terms ( in cash) of the Founder/CEO/ Chairwoman  , has increased every year, culminating in a 100% cash in AR2017. At the same time, % in terms of Employee Stock Options decreased as the market value of shares also decreased.

Compare this with Ezion.

I rest my case.

on June 06, 2018
Email ThisBlogThis!Share to TwitterShare to FacebookShare to Pinterest
Labels: hyflux