Playing It Safe.Growing it Slowly But Surely With a Peace of Mind. 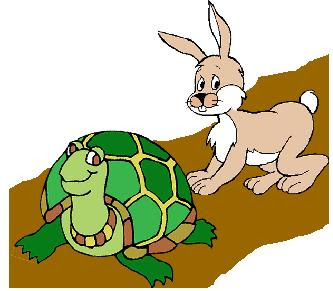 Ok yeah we haven't been updating for soooo long but well...we needed a break. Anyway the meteoric rise of the stock market makes us sick in the belly as we just didnt have any bullets left to pump in. Haizz...just spraying some water guns here and there..pathetic!!!!!Well guess there is a season for everything and we should be thankful. Anyway, now we have got some money and October does seem to be a potential month where stocks are likely to go down after the euphoria. Why do we say this?
Looking at the Baltic Dry Index which according to Wilkepedia is :
"An assessment of the price of moving the major raw materials by sea. Taking in 26 shipping routes measured on a timecharter and voyage basis, the index covers Handymax, Panamax, and Capesize dry bulk carriers carrying a range of commodities including coal, iron ore and grain." It has been going down since June 09 and some stocks are being squeezed into a tight consolidated range between the bollinger bands which classically signifies a impending move.Besides it well know that in Sep and Oct stocks do dip statistically.

But oh heck with it. We just bought some SIA Engineering and SMRT shares recently and yes we are impatient and thats bad ...really bad..illogical and unwise.Simply put...stupid.Anyway, as fundamental investors, we dont try to catch the bottom nor the top. We just wanna catch NEAR the LOCAL bottom or LOCAL top and we are in heaven. Hope nothing unforseen happens!So why these seemingly boring stocks. SMRT..what the heck!

Frankly, we did consider buying SMRT since March April of 2009 and we dismissed it in favour of other stocks as we couldnt see much growth then, other than a very very stable business sans a terrorist attack. But the news that it recently was able to sell some bonds at a low 2 +% interest caught our eye. The news that it recently concluded an acquisition of a 49% stake in China's Zona Group caught our eye. The knowledge that a certain director bought some shares in August 2009 at $1.73 made our eyebrows twitch. ( though its only 10,000 shares lah).Looking at the past dividend yield, it has been steady and increasing too and we having taken lots of MRT lately...its a super cash cow, ready for overseas expansion with their Singapore business as an ATM machine. Just look at the army of corporate warriors going to work every morning being squeezed like sardines.......One thing about this business though is that it is highly regulated by the government to keep the cost of living affordable to the majority. Anyhow..worst case we treat this stock like buying a bond, best case, it expands more aggressively overseas to justify a higher stock price and/or higher dividends.Basically, we think it the best tranport stock to own in Singapore.

So how about SIA Engineering? We figured that Singapore is becoming the center of MRO in Asia Pacific with the government paying special attention to this area. We also figured that the Singapore Airlines Group of company which comprises of Silkair, Tiger Airways, Virgin and SIA already provides a base of recurring clientship for this company. In addition, SIA is noted for being at the forefront of flying new planes like the A380 which means SIA Engineering got expertise compared with her peers. Anyhow, having briefly a stint in the aviation industry, we do think that this is a kind of engineering work where people dont just outsource to low cost countries or companies as the consequence of a shabbily done job is catastrophic. We also think that this company will be one of the beneficiaries of the spillover effect from the casinos in Singapore....OK we also noted the following...

Options were granted to employees with an exercise price of $2.25 - $4.67 to be exercisable from 2006 - 2018 and the current price now is about $2.59. Sounds pretty decent with a quite high dividend yield of 6.15% with a quite steady historical dividend payout. Well...why not...besides their ratios are fantastic.

Oh well...discipline my friend..we are working on it. Luckily, we still have some bullets left for the rest of October. Let's hit the low. Its just a game..