The Wrong Impression of the Revised Offer - Hyflux 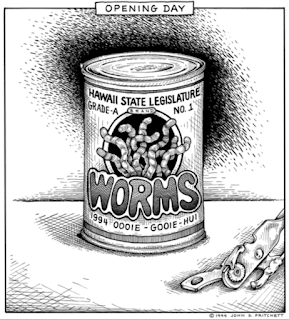 I think i have to correct the wrong impression that some people may have: that PnPs and unsecured banks/MTNs are sharing on a pro rata basis any of the upside that will happen if contingent liabilities were to be extinguished.

A short answer is there is some sharing going on. But actually its a NO. It is not on a prorata basis.

In my opinion, i think it can be quite misleading and many of the PnP mom and pop investers, especially the Pioneer or Merdeka generation may actually believe they are sharing with the unsecured banks on a prorata basis, making it seem fairer and hence making a wrong decision.

My best-effort infographics ( Note: I am not a financial advisor) 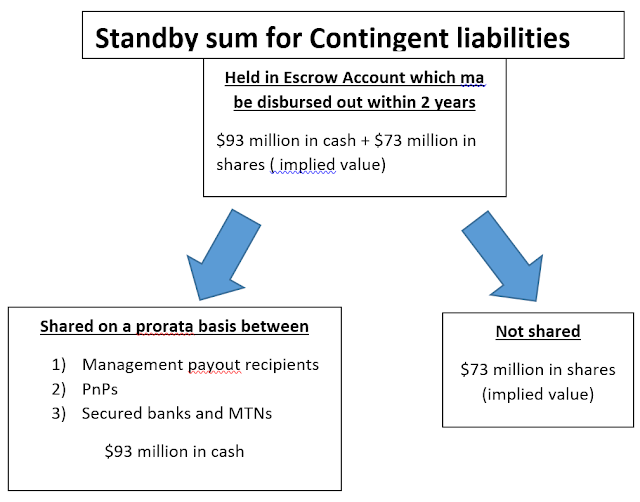 My best effort Infographics ( Note: I am not a financial advisor) 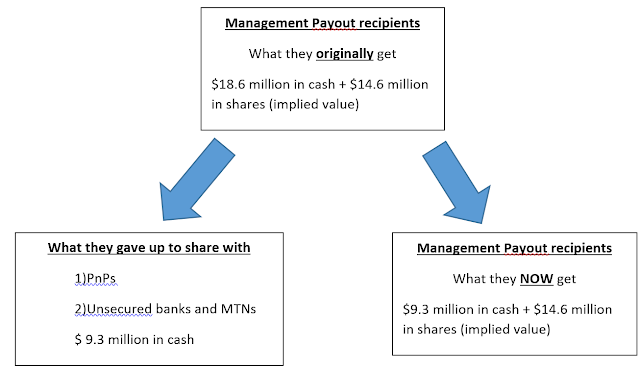 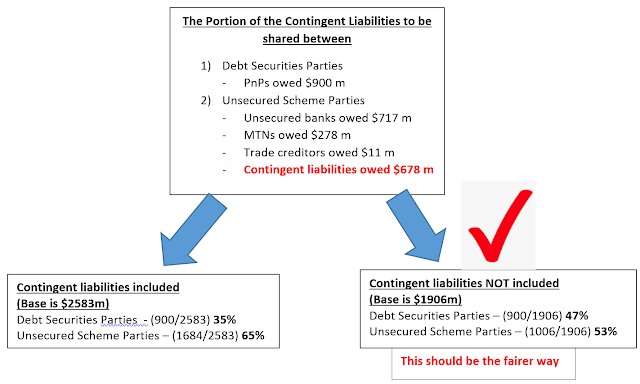 I think its very unfortunate that a simpler way of providing the information was not given. It may also be construed by some skeptical people that it is meant to mislead the more helpless ones to think that this is even near to a fair deal at all. I think i will give Hyflux the benefit of the doubt.

A much simpler way of presenting these scheme has to be shown. This is important as the bulk of the target audience 34,000 of them have many many pioneer and merdeka generations among them. It is already a challenge to read in english or read at all given their poor eyesight for many of the chinese educated ones. To be honest, i have immense difficulty reading and understanding the letter too and had to re-read it many times and i am not a financial advisor.

I urge greater clarity from Hyflux with simplified terms so that many of the 34,000 can make an informed choice on the 5th of April .
I wonder why they planned it on Qing Ming Festival a.k.a Tomb -Sweeping Day,.
Maybe, it's a sign.


For PnP and MTN holders who wants to vote NO but are unable to attend the voting on 5th April 2019. You can fill up this form to proxy others. This has to be done by 31 March since 2 April is the deadline to give the forms to Boardroom, a Corporate Secretarial Company and some leadtime is necessary for the volunteers.
Click here to let others vote NO on your behalf


VOTE NO!
Click here to support the PnPs Online Petition


Further reading
1) Considerations about Hyflux
2) The fate of Hyflux
3)Will Hyflux recover? The billion dollar question
4) Hyflux-Treatmeat of perpetual share holders- Ezion
5) Hyflux - loans and borrowings - Pacific Radiance
6)A happy ending for retail perpertual securities holders - Tiger Air and Hyflux
7) The Very Curious Case of Sharebuybacks- Hyflux
8)What did the founder/Chairwoman/CEO do to help hyflux throughout the years
9) Moving forwards at the Townhall meetings with Hyflux - Part 1
10) Moving forward at the Townhall meeting with Hyflux - Part 2
11)The Lucky Accredited Investors of Hyflux's Perpetual Securities - Part 3
12) The Peculiar Case of HyfluxShop - Question 12
13)Uncovering the Real Motivations Behind the HyfluxShop
14) High Level Staff Movement Indication of Red Flags -Hyflux
15)An industry comparison of Hyflux compared with its peers - Question 15
16)What other Water Companies did that Hyflux didn't - Question 16
17)Why a debt to equity option for retail investors is not right
18) Consolidated Questions For Hyflux Townhall Meeting on 19 and 20 July 2018 - Hyflux
19)Consolidated Questions For Hyflux Townhall Meeting on 19 and 20 July 2018 - Hyflux- continued
20)Informal Steering Committee for the Reorganisation Process - Hyflux
21) What happened to other Debt Restructuring Exercises - Ausgroup
22)What happened to other Debt Restructuring Exercises - Nam Cheong
23) My layman views of the so-called " White Knights of Hyflux"
24) The Unsecured Working Group (UWG) are against the retail investors - Hyflux
25)Where to find money to pay back retail investors?
26)What happened at Hyflux's Second Townhall Meeting
27) Another bomb to the retail investors of Hyflux
28)The Underrated Importance of Regulatory Risk - Hyflux
29)The Overlooked Importance of Another Regulatory Risk - Hyflux
30)Why did so many Singaporeans invest in Hyflux - The positive image illusion
31)On Why The Rich Get Richer And Poor Gets Poorer - The Hyflux Proposal is Out!
32)The " not spoken much" dirty little thing about the Restructuring Proposal - the $33 million - Hyflux
33) The Failure of the much touted Public-Private-Partnership Model in Singapore - Hyflux
34)The Curious and Disturbing Default Notice of PUB- Hyflux
35) Why i Am Still Voting No to the Revised Offer - Hyflux

on March 10, 2019
Email ThisBlogThis!Share to TwitterShare to FacebookShare to Pinterest