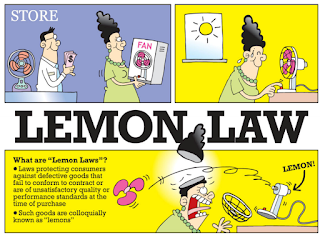 When PUB is asked about Tuaspring's water capacity in relation to operational defaults and you are given such an answer.

You know you are not dealing with a "commerical decision"  anymore.

It came as a surprise to many when Olivia Lum mentioned publicly for the first time to retail investors at the Townhall that only 10% of Tuaspring revenue is from water while the rest is from electricity. However, this was only mentioned after the court protection, so even if any investor were to do his due diligence on this new information, it is too late as Hyflux is already suspended from trading. Listen to this recording again.

I think it is important to highlight some important milestone dates of Tuaspring, an Integrated Water and Power Plant.

This means that Tuaspring has already started earning revenue from treated water alone in 2014 and 2015 as the power plant only came online in 2016. However,  i am unable to find disclosed information on Tuaspring's revenue in 2014 and 2015 in their annual reports or any corporate announcements on Hyflux website.

It is only in Annual Report 2017, where Tuaspring's revenue is finally revealed since Tuaspring is classsified as an asset for sale.

PUB's statement as per Straits Times

How Tuaspring's capacity is protrayed

On Hyflux's website, Tuaspring's capacity is shown as 318,500 cubic metres a day.
I am unable to find any disclosed information on Hyflux website or corporate announcements that Tuaspring was required by PUB to treat any other capacity.

An anonymous member in Telegram group provided me with the audited ACRA filings for Tuaspring. This filings showed the revenue earned by Tuaspring in 2014 and 2015.
Source here.  You will have to pay up to $76 dollars to get these filings.

It is very ridiculous that i am not able to find this information on the corporate announcements of Hyflux or in their annual reports. Imagine if a company has many subsidiaries, does it require one to pay up to $76 for each subsidiary to check their statements to see what is wrong? Besides, how does a mom and pop investor even know what to look for!

As Tuaspring went online with the water business first in 2013, revenue from 2014 and 2015 should only be related to water revenue and not mixed together with electricity revenue like in 2016 and 2017 where the power plant came online.


Lets do the maths

Capacity of Tuaspring as publicly stated at 318,500 cubic metres:

Utilization of Tuaspring water capacity  in 2014 (based on ACRA):

Utilization of Tuaspring water capacity in 2015 (based on ACRA):

Utilization of Tuaspring water capacity in 2016 (based on Annual report 2017 and 10% revenue from Olivia Lum):


Uilization of Tuaspring water capacity in 2017 ( as per calculations done before. Click here):

It can be seen above that the revenue from water and the capacity utilisation of Tuaspring  is pretty consistent through 2014 to 2017,  ranging from $13.3 million to $18.8 million revenue per year and 25.6% to 36.1% capacity utilization per year.

Some questions naturally arises from here.

1) Did Tuaspring fail to provide the required plant capacity as far back as 2014?

2) If yes, why did Hyflux continue to sell the $500 million perpetual securities to retail investors in 2016 knowing that there was already something wrong with Tuaspring and it being more than half the asset value of Hyflux ? Why wasn't this material information disclosed?

4) Another possibility is that if PUB did not require Tuaspring to run at 100% utilization and instead run at a lower utilization with sufficient spare capacity as standby, just in case we need it, is this disclosed to investors? How will any investors cover their cost of investment if indeed this was the case? I am not sure if it is a coincidence but in 2015 when Tuaspring capacity utilization is at its highest at 36.1%, 2015 was also recorded as one of Singapore's top 10 driest years in history. Source here from government website. May this imply that the revenue earned by Tuaspring is also affected by the climate? Who would have known!

5) In a Straits Times forum post published on 19 Feb 2019 titled " How much did Hyflux Board know when they okayed retail bonds?" . Did they know already that the company would most likely be doomed to fail but still issued to mom and pop retirees who are the last to be sold a Hyflux toxic security?

The more one digs, its like opening a can of worms.

If material information is classified as confidential and not disclosed , how can any investor make any informed decision?


For PnP and MTN holders who wants to vote NO but are unable to attend the voting on 5th April 2019. You can fill up this form to proxy others. This has to be done by 31 March since 2 April is the deadline to give the forms to Boardroom, a Corporate Secretarial Company and some leadtime is necessary for the volunteers.
Click here to let others vote NO on your behalf


VOTE NO!
Click here to support the PnPs Online Petition


Further reading
1) Considerations about Hyflux
2) The fate of Hyflux
3)Will Hyflux recover? The billion dollar question
4) Hyflux-Treatmeat of perpetual share holders- Ezion
5) Hyflux - loans and borrowings - Pacific Radiance
6)A happy ending for retail perpertual securities holders - Tiger Air and Hyflux
7) The Very Curious Case of Sharebuybacks- Hyflux
8)What did the founder/Chairwoman/CEO do to help hyflux throughout the years
9) Moving forwards at the Townhall meetings with Hyflux - Part 1
10) Moving forward at the Townhall meeting with Hyflux - Part 2
11)The Lucky Accredited Investors of Hyflux's Perpetual Securities - Part 3
12) The Peculiar Case of HyfluxShop - Question 12
13)Uncovering the Real Motivations Behind the HyfluxShop
14) High Level Staff Movement Indication of Red Flags -Hyflux
15)An industry comparison of Hyflux compared with its peers - Question 15
16)What other Water Companies did that Hyflux didn't - Question 16
17)Why a debt to equity option for retail investors is not right
18) Consolidated Questions For Hyflux Townhall Meeting on 19 and 20 July 2018 - Hyflux
19)Consolidated Questions For Hyflux Townhall Meeting on 19 and 20 July 2018 - Hyflux- continued
20)Informal Steering Committee for the Reorganisation Process - Hyflux
21) What happened to other Debt Restructuring Exercises - Ausgroup
22)What happened to other Debt Restructuring Exercises - Nam Cheong
23) My layman views of the so-called " White Knights of Hyflux"
24) The Unsecured Working Group (UWG) are against the retail investors - Hyflux
25)Where to find money to pay back retail investors?
26)What happened at Hyflux's Second Townhall Meeting
27) Another bomb to the retail investors of Hyflux
28)The Underrated Importance of Regulatory Risk - Hyflux
29)The Overlooked Importance of Another Regulatory Risk - Hyflux
30)Why did so many Singaporeans invest in Hyflux - The positive image illusion
31)On Why The Rich Get Richer And Poor Gets Poorer - The Hyflux Proposal is Out!
32)The " not spoken much" dirty little thing about the Restructuring Proposal - the $33 million - Hyflux
33) The Failure of the much touted Public-Private-Partnership Model in Singapore - Hyflux
34)The Curious and Disturbing Default Notice of PUB- Hyflux
35) Why i Am Still Voting No to the Revised Offer - Hyflux
36) The Wrong Impression of the Revised Offer- Hyflux

on March 11, 2019
Email ThisBlogThis!Share to TwitterShare to FacebookShare to Pinterest